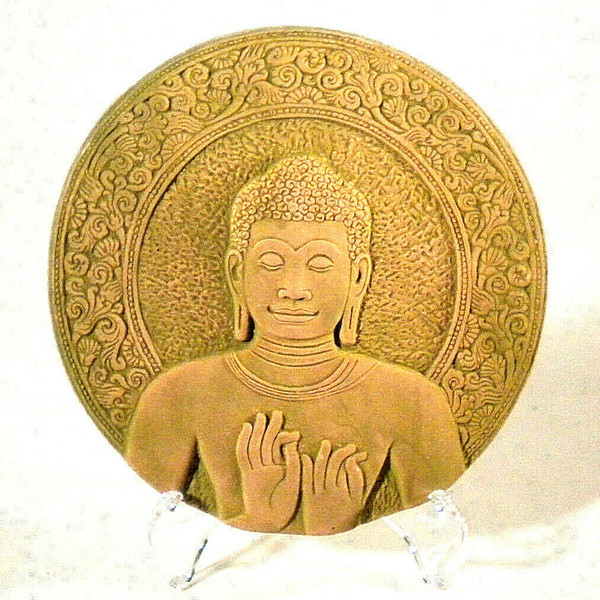 The Gesture of Teaching of the Wheel of Dharma (Dharmacakra Mudra) with both hands in front of the breast, tips of the index finger and the thumbs touching. This gesture depicts one of the most important moments in the Buddha's life as he performed the Dharmachakra mudra in his first sermon in Sarnath after he attained enlightenment. It thus denotes the setting into motion of the Wheel of the teaching of the Dharma. In this mudra, the thumb and index finger of both hands touch at their tips to form a circle. This circle represents the Wheel of Dharma, or in metaphysical terms, the union of method and wisdom. The three remaining fingers of the two hands remain extended. These fingers are themselves rich in symbolic significance

Significantly, in this mudra, the hands are held in front of the heart, symbolizing that these teachings are straight from the Buddha’s heart.